It is clear to all that the recent lockdowns and their extensions have hit retailers hard. This is particularly true for the independent retailer sector who do not have the reserves or support of larger chain retailers. This sector was already in decline way before the pandemic. The physical number of shops has been decreasing for over a century as seen by the report carried out by The Independent in 2019: “The number of shops in the United Kingdom has been decreasing for at least a century. A study in the 1920s estimated that there were 950,000 shops in the so-called nation of shopkeepers; 583,000 in 1950 and just over 300,000 shops in the UK by 1997”. 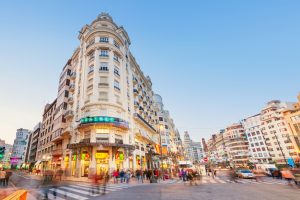 The pandemic was the centre of a “perfect storm” for the independent retail sector which had an increasingly large predator in the form of online shopping, the lockdowns accelerated the trend of shoppers choosing virtual shopping over the physical option. This was highlighted in a BBC article in 2020: “Online giants such as Amazon have had a huge impact on the high street as more consumers see online shopping as cheaper and easier than going to the shops. While overall retail sales growth is weak, online sales continue to shoot up.”

Of course, it is not merely the independent retailer that has struggled, in the past few years we have seen the demise of some core High Street mainstays such as Debenhams, House of Fraser and Harveys Furniture. It now seems that every day we hear news of another large retailer falling into financial difficulty.

Does this mean we are really witnessing the death of the High Street? Is this really the end for the independent retail store?

Many experts are saying this is not the case. In 2020 Sky News ran a report looking at the plight of the retail environment. The report stated: “Sure, it’s going through pain and upheaval, and coming to the realisation that we simply don’t need as many shops as we have at the moment. But it’s not disintegrating”. It is clear supermarkets and local convenience stores will not be disappearing anytime soon as shoppers still feel they need to visit such establishments to ensure the food they are purchasing exactly fits their needs but what of the rest of the industry?

Online business magazine, Raconteur, adds an interesting slant to the future of the High Street. In a recent article it suggested: “Concentrate only on the household names and it would be easy to conclude that the high street’s days are numbered. But successful independent businesses may have a brighter future than their larger brethren and the high street could ultimately look more like it did a generation ago, with independent shops stepping up to fill the gaps left by the large chain stores”.

This may be the saviour of the high street, where smaller, independent stores focussing on niches and variety fill our town centres rather than the traditional big brands.